The sound of Tubes, Tape & Transformers

There are many ways to define the music of Adani&Wolf.

One particular way is to look at the specific sonic world Adani&Wolf create on their albums.
In this case, we are not looking at the notes, but at the typical sound colour Adani&Wolf are so fond of
and always use when brewing their music.

Not everyone has had first-hand experience of magnetic tape recording and other analogue recording technology, but we all know and admire the huge back catalogue of classic tracks produced using this kind of gear from the 1950’s onwards.

In these digital days there seems to be missing in many recordings an element of warmth and depth. Enjoyment of an artistic product (music or film etc.) is not necessarily about perfection and precision; often it’s also about mood, vibe and character.

The technical limitations and imperfections of analogue systems – instruments, microphones, pre-amps, recording equipment, processors and effects- have become an very important part of the quality of the recorded sounds that we all grew up with. Many people perceive the end result of such recordings to be more pleasing than music recordings achieved with all digital recording chains.

Therefore finding and creating this (analogue) warmth and depth in recordings is often the holy grail for many producers. And this goes also for Adani&Wolf!

In their studio, the room is packed with vintage gear. Many pieces of beautiful looking sometimes almost antique equipment. All with their own unique character, adding their specific warm, deep and very dynamic flavour to any recording Adani&Wolf feel it benefits from this sonic enhancement. The list is long!

The instruments (all of them in the A&W studio):

The Micro Moog: nothing beats the bass on this one! Just one voice, but what a power!!

Pre-amp and Channel strips (all with their own specific sound colour and flavour):

Processors (all with their own specific sound colour and flavour):

A great deal of the highly sought after sound of analogue warmth comes from the (side) effects of the recording chain. Wow and flutter, tape saturation, bias and hysteresis are a few of those imperfect effects, responsible (for a big part) for the analogue warmth in music.

Much of the credit for the development of multitrack recording goes to guitarist, composer and technician Les Paul, who also helped design the famous electric guitar that bears his name. His experiments with tapes and recorders in the early 1950s led him to order the first custom-built eight-track recorder from Ampex. 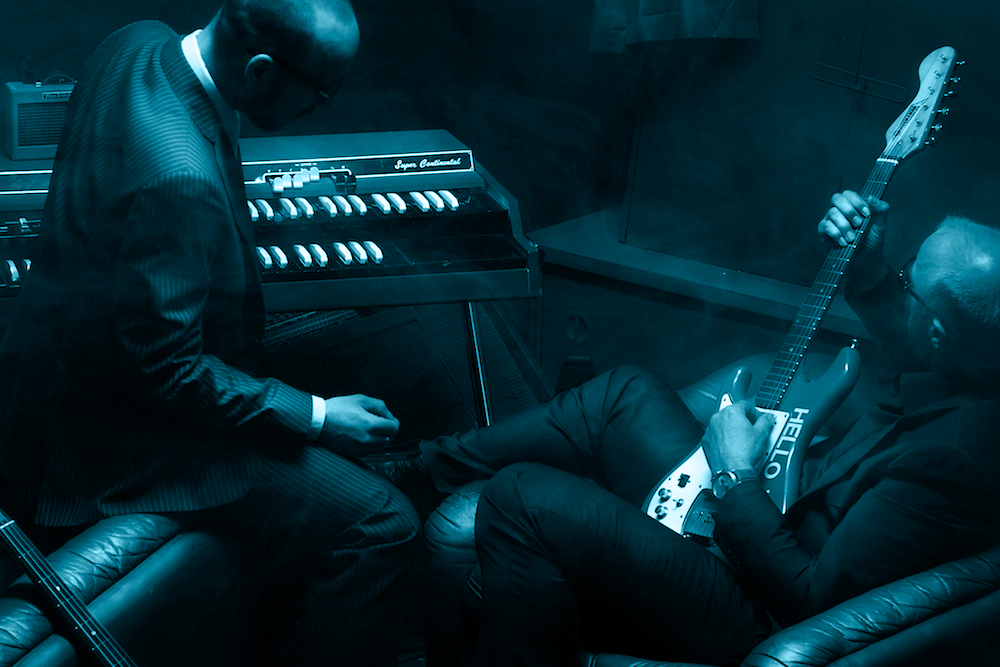