After the fantastic and sold-out kick-off, on February 14, it’s now time for the Sequel!

The first episode of this event was a huge succes with fantastic musicians, great tunes and dancing people everywhere! Guaranteed that the second episode will be no different! Who’s Afraid of Adani&Wolf live is presented by Sublime FM.

For this second episode on March 14, Les Seigneurs put together again a superb line-up: The amazing Kraak & Smaak soul diva Berenice van Leer will host the evening vocally, she is also know from the Wicked Jazz Sounds. The Super musician Wouter Schueler (known from The New Cool Collective and Sinas) on saxophone and Flute, is always a musical power house. And, to give this evening a special warm and exotic vibe, Adani&wolf are featuring a fantastic singer: The Senegalese vocal master: Mola Sylla. Having goosebumps when Mr Sylla starts singing is a rather common phenomenon among listeners! 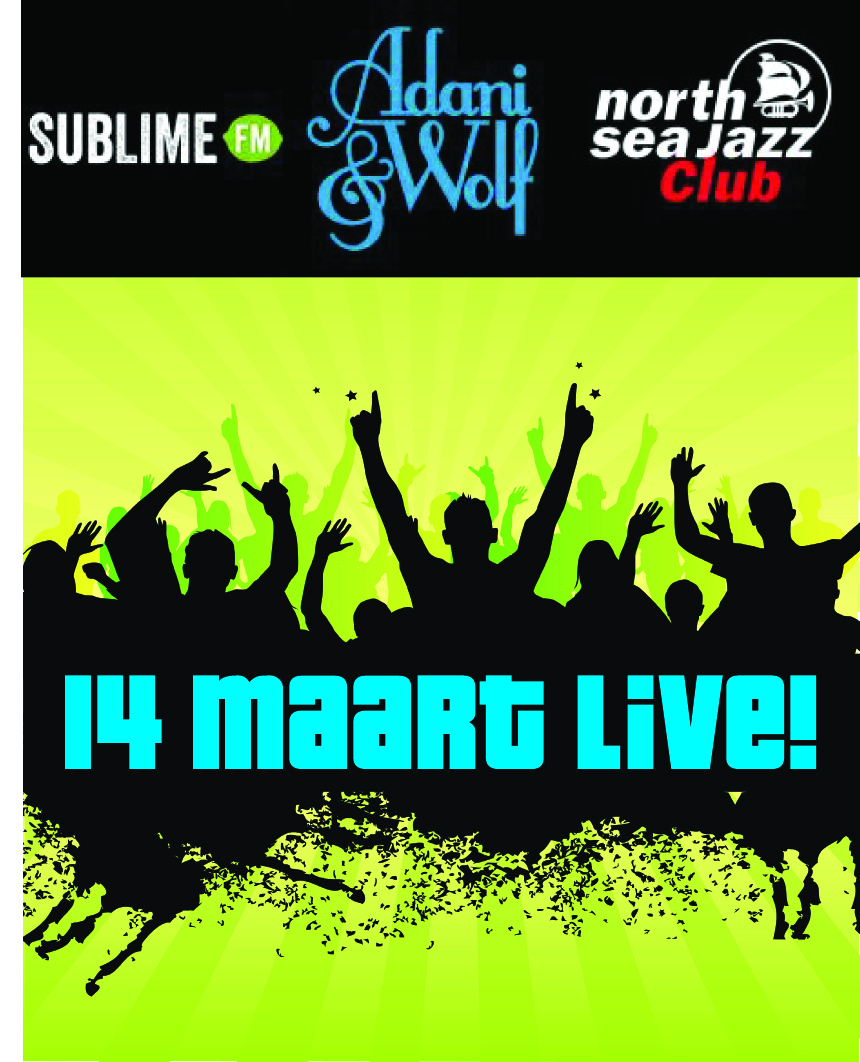