The Electric Dandy album launch in the Supperclub, Amsterdam on September the 27th turned out to be a huge success!

More then two hundred people, friends and fans – among them the VIP arrangement prize winners of the Nachtegiel, Esquire and ArrowJazz fm contests – turned up on this private party, to witness a top-notch Adani&Wolf set that lasted for more than three hours.

In the comfortable and inspiring environment of the Supperclub – a venue that sometimes feels to the Electric Dandies as their second home – Adani&Wolf managed to reach a new peak in their capacity as performers.

The show , brilliantly accompanied by disco diva Miss Bunty on vocals and master saxophonist Wouter Schueler on sax, started off with the highlighting of the beautiful vocal and saxophone tracks from the album and continued with more and more uplifting and energetic, powerful blasts of beats, grooves and tunes from Electric Dandy and their earlier albums.

Either listening or dancing, the crown loved every minute of the evening. On the request of the staff the illustrious duo played for more then half a hour over the curfew. What a night….

A special free to download podcast of the Adani&Wolf set of this evening will be available on the site soon! Everybody who was there can bring back a little bit of reminiscence of the evening and for the party people who missed it, an opportunity to get a little taste of the superb vibe of that wonderful night!

Adani&Wolf are very happy that on this moment the ‘Electric Dandy’ album is available worldwide! As a CD in record stores in The Netherlands, Belgium, Germany but also via the Adani&Wolf website store. As a download it is available on all the well known websites (itunes, Amazon, Spotify etc.) and off course on the Adani&Wolf site.

A single was taken from the album: ‘Day in Day out’. This is a track on which their newest discovery vocalist Suzette Moncrief, explodes as a beautiful comet full of mystery and sensuality. The single was played on 3FM by DJ Giel Beelen, on Radio 6 by DJ Gerard Ekdom, by 3voor12 and on ArrowJazz FM. A new single of Electric Dandy album will also be released somewhere in the near future. 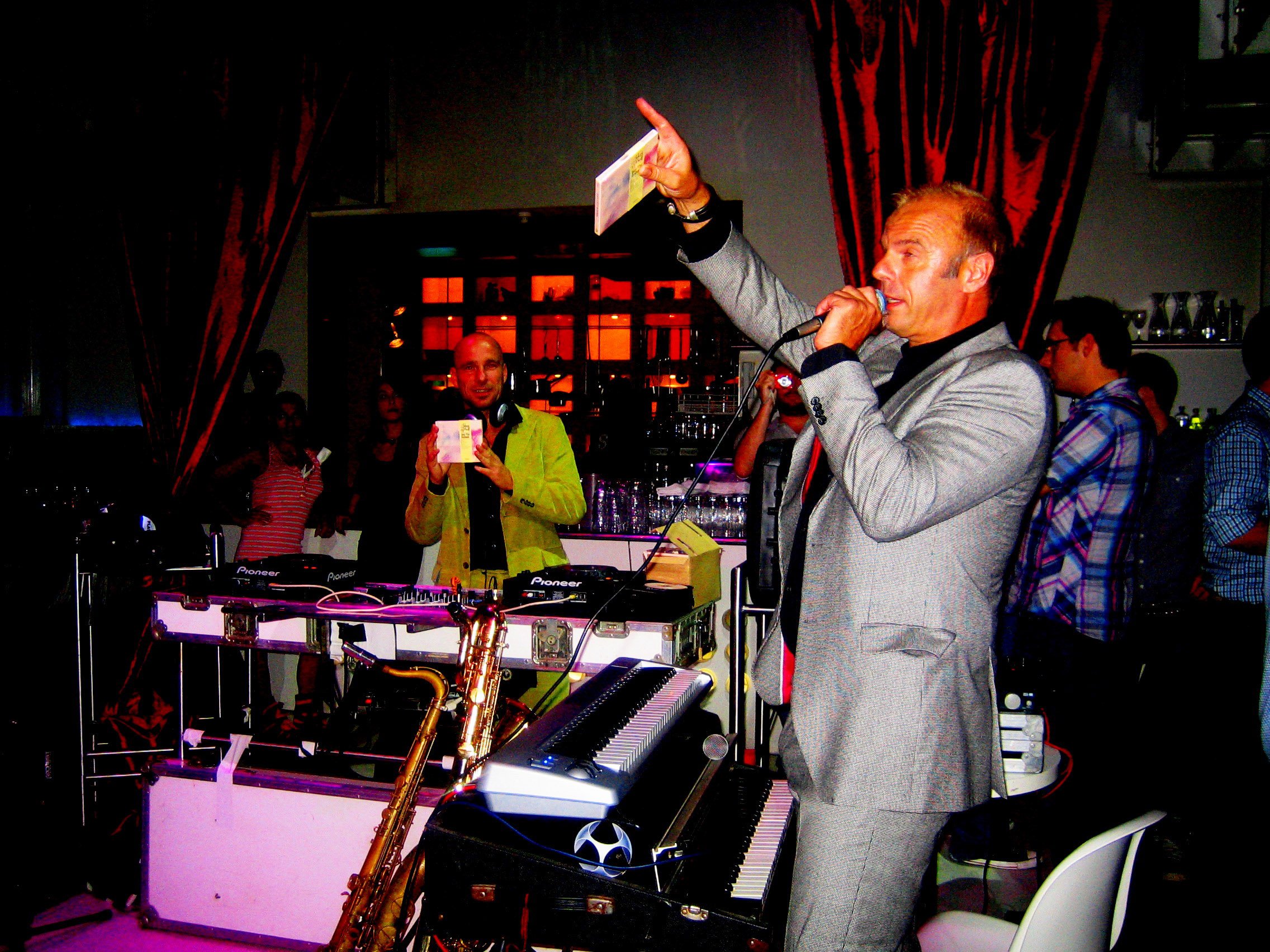