A great triangular cooperation has been created!

Every 2nd Friday of the month ‘Who’s Afraid of Adani&Wolf’ in the North Sea Jazz Club.

Sublime FM, Adani&Wolf and one of the coolest clubs in Amsterdam – The North Sea Jazz Club are stepping into a great adventure together. Every 2nd Friday of the month ‘Who’s Afraid of Adani&Wolf’ will go live in the North Sea Jazz Club and this night will be presented by Sublime FM. The first episode of this great event will take place on Friday 14 February (starting at 20.00) 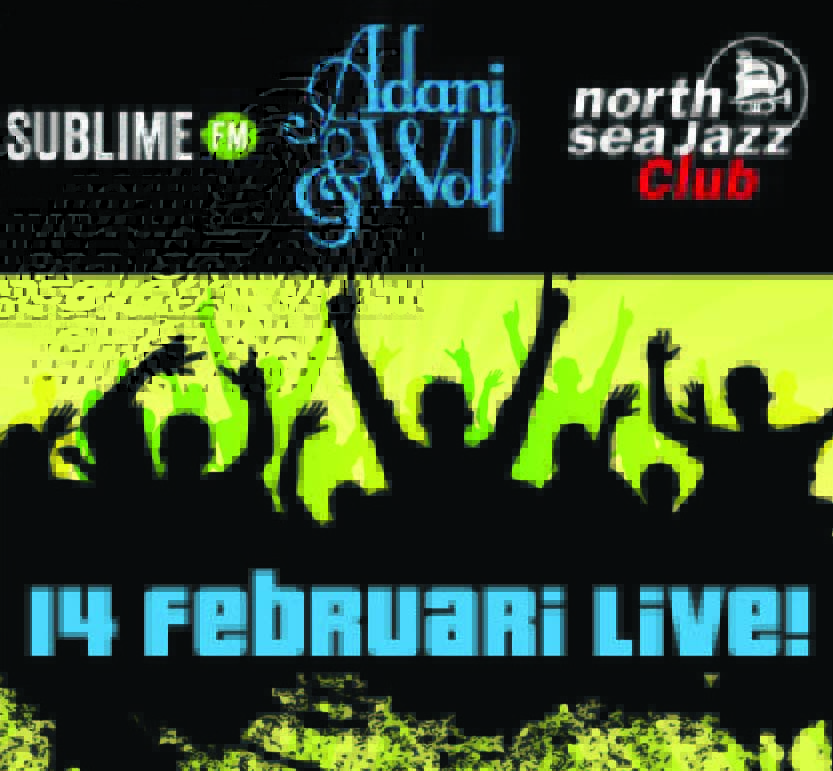