The Road to the Red Button

The Road to the Red Button

It was at the end of last summer that Adani&Wolf returned from their Andalucian adventure.
For one and half year the two Seigneurs performed and produced in the south of Spain.
It was in their studio with sight on the slopes of the Sierra Nevada and visions of palm trees
and orange gardens that our bohemian friends created ‘Into the Outback’ .

While the world is still enjoying this wonderful result of their Iberian experience Adani&Wolf have been on the move again.
Returning to Amsterdam they founded a new sound lab in the south-east part of Amsterdam deep in an old industrial area.

This new studio had finally the space to suit their complete collection of vintage gear and music instruments.
Their vintage selection have always been the heart of the Adani&Wolf sound.
What would they be without the warm analog sounds of the Fender Rhodes, Wurlitzer electric piano or the Hammond organ?
Or without their Roland space echo and Universal Audio dynamics?

It’s the same as seeing the two masters chewing tobacco instead of smoking a Cohiba or Davidoff cigar.
Or wearing jeans and jogging clothes as alternative to their Milan tailored Italian suits.
Drinking a soda pop over a nice petey Laphroaig whiskey?

Now more then ever after, celebrating their tenth anniversary, our heroes feel that they have no profession other than elegance,
no other status but that of cultivating the idea of beauty in their music and lifestyle.
In combination with their cinematic and tongue in cheek approach, this can been seen as a serious form of musical dandyism.

The Dandy strives for elegance, controversy and purity, this is his ultimate and unique purpose.
Everything he does is designed to be elegant.

It’s for this reason that Roberto Adani & Daniel Wolf are introducing their new project:

Electric Dandy, the jazz style of 2020

Among all style an inspirational developments Adani & Wolf pulled back to their studio to generate the grooves and the moods of the new Electric Dandy album.
In the coming weeks we take you with us along this road, the road to the red button. You hear from Roberto and Daniel soon via this blog in interviews, podcasts and many more to come. 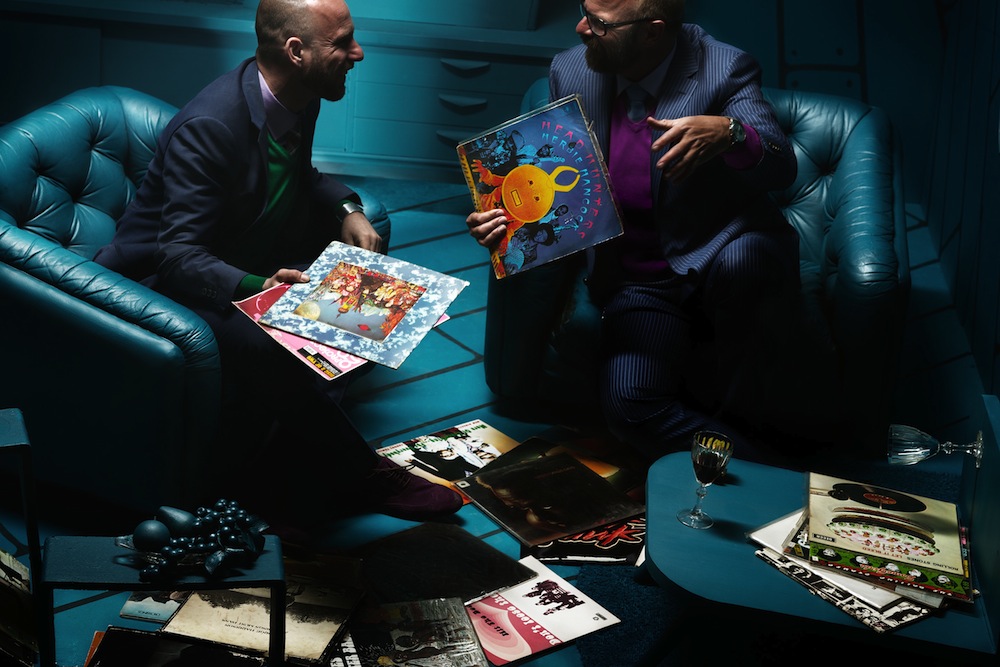