The month of May begins with a construction period.

After an extremely energetic April month, May begins with a construction week.

On this moment in the Soundlab, the sound of hammers, saws and drills have driven away the otherwise normal sonic environment of warm Rhodes chords, Hammond textures and groovy bass-lines and beats. The Soundlab is being reshaped!

But first a quick retrospective on a few April events. The little in-store show in the cool record shop Concerto was a real nice and intimate happening. A part of the shop has been redecorated as a stylishly coffee bar with a great mellow vibe. This is the spot where the concerts take place. There was a small but very interested crowd. No dancing or clubbing in here, only dedicated listeners. That asked for a more downtempo and musical approach. There is plenty of that stuff in the Adani&Wolf library!

Also the excellent place for a brand new Les Seigneurs experiment. In the instrument arsenal there’s a new kid on the block. Well new… this peculiar character was released in 1981! We are talking about the Suzuki Omnichord. More info about this little Morricone machine can be found here: http://en.wikipedia.org/wiki/Omnichord  One thing is for sure: it fits the Adani&Wolf sound like a glove. A Fellini 2.0 soundtrack was immidiatly written for Omnichord and Melodica and was performed for the first time on that Concerto gig. Nice one!

Then it was time for the North Sea Jazz Club gig. What a great jazz club, a real asset for Amsterdam! On friday nights, after the evening band, it’s time to get rid of the dinner tables and heat up the dancefloor; a perfect job for Adani&Wolf. Until the very late hours the Dandies spinned an incredible amount of fresh booty shaking tunes with the smashing help of Miss Bunty, Huub Habets and Wouter Schueler. The energy level reached high peaks on that very cool hot night!

The next chapter of this episode took Adani&Wolf to the south of Spain. There, in the beautiful Andalucia, lies a firm fan and friend base, that has been constructed in the last couple of years. A late flight on saturday evening took the Gents to Malaga airport. Due to an hour delay the arrival time was close to midnight. A good time to start an A&W gig! After a quick de-tour to pickup the singer/friend Suzette Moncrief, they went straight to the party. The location? A huge spectacular villa, high up in the hills of Mijas. A dream spot!

It must have been one a clock when they made their entrance on the already steaming party. The reception was heartwarming. After a quick line check it was show time and the Spanish party really went epic! Three minutes, five mojito’s and sixtythree records later it was six o’clock. The Adani&Wolf contribution to the party came to an end. With a cool Campari soda in their hand the Dandies stood on the terrace, staring into the beautiful valley, where a promising golden glimpse of the new day revitalised them.

Back in Amsterdam, it was construction time. The idea was to reshape the studio. The Adani&Wolf Soundlab is located in an old factory. It was pretty much an acoustic nightmare when they came in. After a lot of hard work 1,5 years ago it was workable but still not perfect. Due to the height of the room it is difficult to fully control the acoustics. So the plan was devised to build in an extra floor, thus lowering the ceiling and in the same time creating a lot of extra space. Under this “entre sol “a completely isolated recording boot is also being build. This whole enterprise was designed and constructed by the brilliant wood artist Dr. Jacques. It will take the Soundlab to a whole new level!

So what else is going on? Well, a great new adventure lurks on the horizon. Adani&Wolf and the quest for the Black Beauty. One thing is for sure: we are not talking about a horse here!

But this is something for later… Watch out for the next episode! 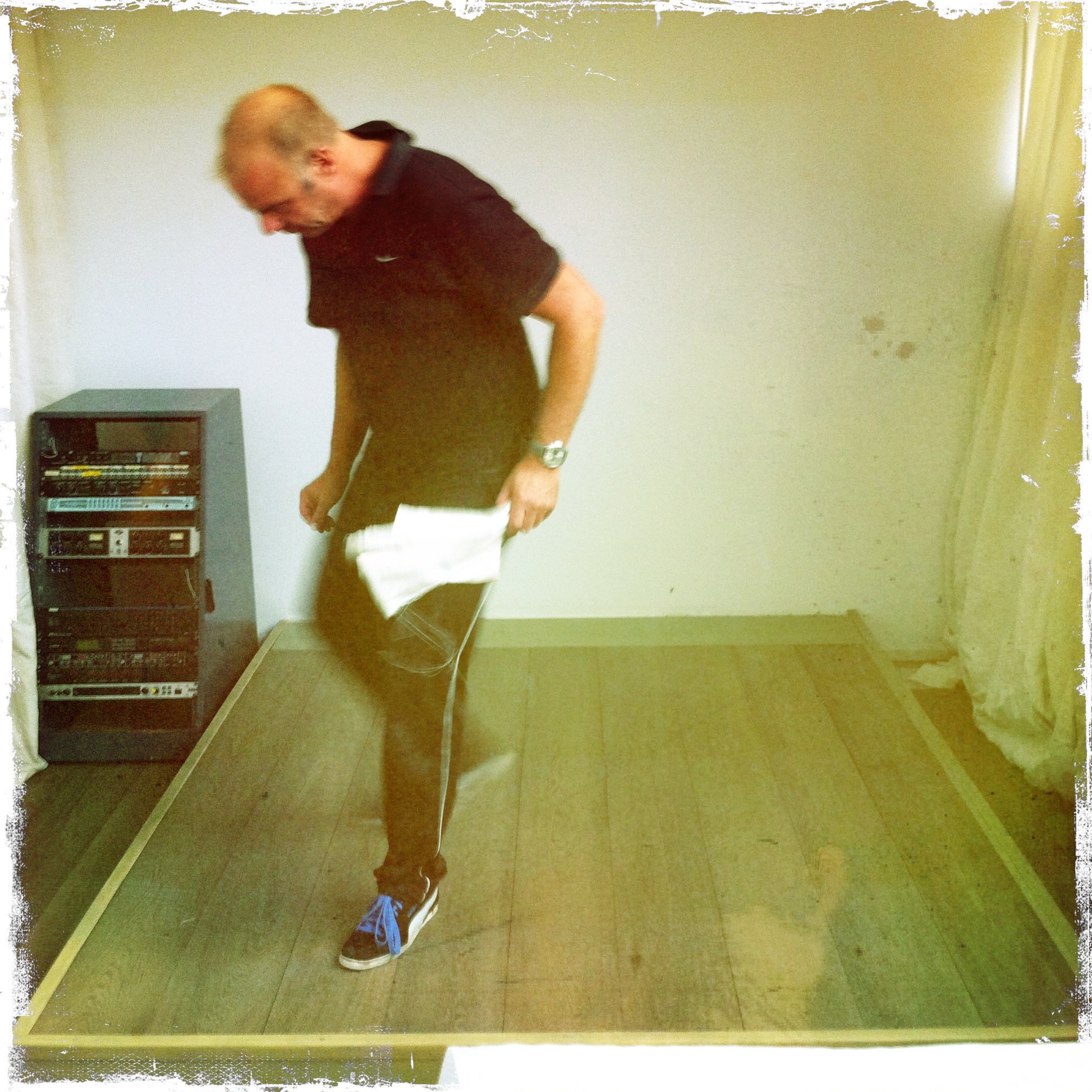